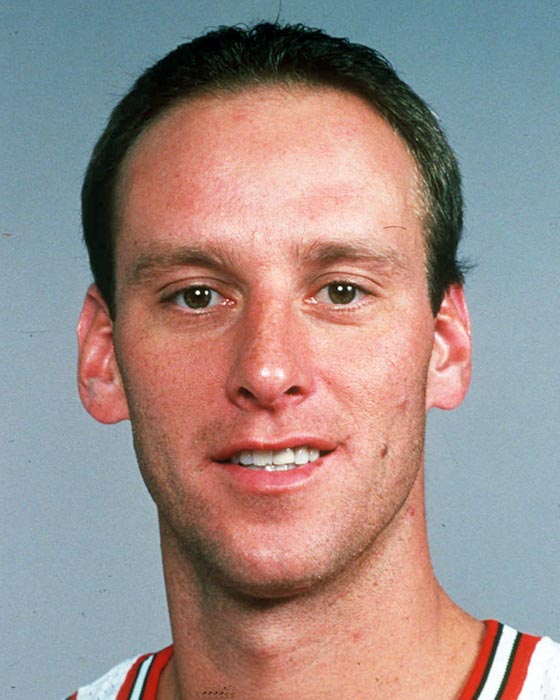 Before coaching the Utes, Utes head coach Larry Krystkowiak was a NBA journeyman, suiting up for the Spurs, Bulls and Lakers, among others. (Getty Images)

Without top rebounders in freshman forward Donnie Tillman and sophomore center Jayce Johnson, the Utes have dropped four of their last seven games. An 83-64 blowout loss to UCLA Jan. 11 stretched the losing streak to three.

The lack of depth in the frontcourt has affected every facet of Larry Krystkowiak’s defense for the worse.

Since conference play started, they rank last in defensive efficiency per Kenpom.

They’re No. 9 in field goal percentage allowed, including ceding a healthy 39 percent from three.

As you would expect from a team short on size, the Utes allow the second-most offensive rebounds in the Pac-12. 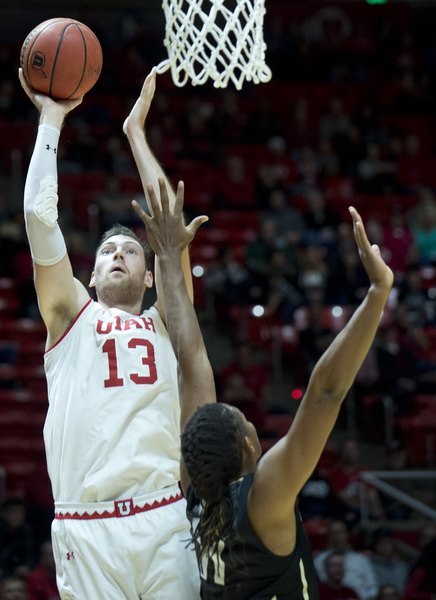 Collette, 13, is the leading scorer and has to carry the offensive load due to a recent rash of front court injuries. (Lennie Mahler/Salt Lake Tribune)

Collette leads the team in scoring with 13.9 points a game on 60 percent shooting. He has trouble staying on the floor, as he averages over five fouls per 40 minutes. Without Johnson, this forces undersized benchwarmer Chris Seeley to see significant minutes.

Rawson barely trails Collette in points, chipping in 11 a contest and adding far more elsewhere. He averages to six boards and four assists, and he’s the top shot-blocker.

This new frontcourt held up well against UCLA center Thomas Welch, but junior guard Aaron Holiday had his way in the lane.

He committed defenders inside and dished out six assists, finding several gunners for three. The Bruins finished with 12 makes from deep, including three from 6-foot-8 freshman wing Kris Wilkes.

Jordan McLaughlin, who still finds himself in the top-five in assists nationally, can replicate Holiday’s performance. However, the Trojans have struggled from deep in conference play, averaging only 31 percent — seven percentage points lower than the rest of the season.

They returned to form against Colorado, draining 9 of 17 from outside.

While Nick Rakocevic deserves more minutes for his defense, a potential five-out offense of Metu and Boatwright drawing defenders to the perimeter makes one salivate. 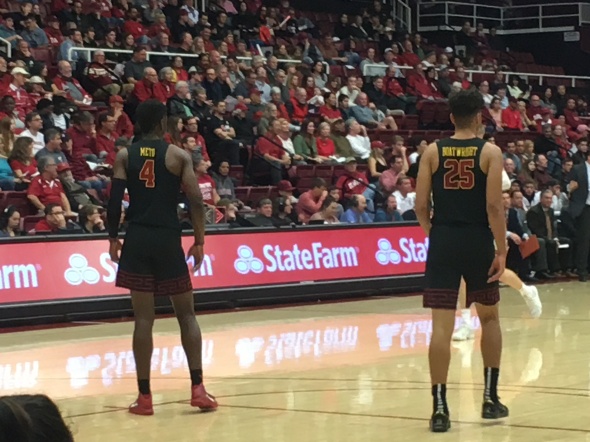 Metu needs to stay consistent on defense, but there’s no doubt about the potential of the offense with him and Boatwright on the floor. (Galen Central)

Furthermore, both force five fouls a game, so they need to attack the vulnerable Collette to exacerbate mismatches.

Another note here – Rakocevic leads the country in offensive rebounding now. Expect plenty of second chance points with him on the floor.

All signs point to an offensive showcase for USC against a defense that’s allowed 80 points in its last three losses.

On the other hand, the Utes have pieces to test a USC defense that’s starting to figure out what it can do – especially without De’Anthony Melton.

Collette and Rawson contribute to the conference’s No. 4 offensive unit, as their interior shooting lifts the third-best field goal percentage in the Pac-12.

While USC is No. 10 in field goal defense, they make up for it by forcing turnovers on a quarter of opponent possessions, and steals on 13 percent of possessions.

Both are No. 1 in the conference.

The only two guards that score consistently are senior point guard Justin Bibbins and junior Sedrick Barefield. Only Bibbins can make you pay if you leave him open.

He’s diminutive at 5-foot-8, 150 pounds, but makes 46 percent of his threes. He gives the Utes 13.6 points a game and leads them with five assists per. Despite his highly efficient offensive game, he defers a lot.

This benefits the Trojans as one of those beneficiaries is Barefield, who’s struggling with his shot.

The only other shooter is senior wing Gabe Bealer, who’s strictly a shooter. He’s attempted 53 threes to only 19 twos.

Whatever the game plan for Andy Enfield, it probably will involve getting the frontcourt into foul trouble and forcing the offensive load on iffy shooters.

The great equalizer in games like this is turnovers, and fortunately, McLaughlin helms an stingy offense that loses the ball on only 16 percent of possessions.

That’s in the top 10 percent of the nation.

Basically, the offense should roll, the defense needs to build on its recent non-Stanford success and turnovers shouldn’t undermine the overall effort.

Kenpom currently projects a 78-73 victory with a 70 percent chance of success. Currently, CBS has USC in their First Four, while ESPN sees them as the fifth team out.

RPI sees Utah at No. 63, and ESPN has them trailing the Trojans as the eighth team out of the tournament. This is not only another chance for a top-100 win, but to knock out another competitor for a coveted at-large berth.

Seeing all the deficiencies for Utah, the Trojans should slam this one home.

A last wrinkle is the recent confirmation of De’Anthony Melton’s suspension for the rest of the season. Throw a rock, and you’ll find a player with the #FREEDEMELT handle on Twitter.

You saw against Colorado how players like Metu play when they’re angry.

Utah will run into some angry men tonight.